This term, we completed the first 8 weeks of our second inquiry module and we have learned a lot. We thought we would share with you what we have done so far.

For the first inquiry module, we focused on living as me in the world. For the second inquiry module, we have gone even broader - living as me in the universe. Our tamariki (children) are very excited about the new science-based inquiry, and they have already learned a lot about Planet Earth and the great expanse beyond, Space. The key questions that we have been exploring are "Who am I in relation to the universe?" and "What is my role in taking care of the earth?". We have also been exploring the meaning of this statement "Compared to the universe, we are both small and powerful". There have been many interesting discussions taking place.

To begin the inquiry, each hub focused on what it means to think and learn in a scientific way. Through a range of contexts, our ākonga (students) learned about gathering and interpreting data, using evidence to back their statements, critiquing the evidence, and interpreting visual and written representations. These capabilities have been put into practice over the last seven weeks as the teams conducted three mini inquiries - astronomical systems, earth systems, and interacting systems.

This mini inquiry has certainly been a favourite for most students because it is all about space. The two main questions students and teachers explored were:

- Why are the sun and moon important to the earth?

- What makes up our solar system?

In Koru, they explored books and videos about space and completed a lot of hands-on, space-related activities, such as making a model of the solar system. The also spent time looking at rocket ships and space shuttles.

Students in Harakeke embarked on a guided inquiry into the sun, the moon, and the solar system. They also explored how the sun and moon interact with the earth.

In the first week, Pōhutukawa explored different aspects of our universe and why we cannot live on other planets. In the second week, teachers ran a series of workshops where students learned how the sun, moon, and earth interact including tides, seasons, and solar eclipse.

This mini inquiry focused on natural features and resources and the questions:

- What makes the earth unique?

- Why can people survive on the earth?

Koru teachers guided students through an exploration of natural features and resources including water, air, rocks, soil, and life forms. These sessions included a lot of hands-on discovery.

Kaiako (teachers) in Harakeke ran several workshops that provided information about the air system, the layers of the earth, landforms, and the water cycle. Students particularly enjoyed creating the water cycle in a ziplock bag and using Google Earth to locate different landforms.

In this mini inquiry, students ask "How and why does the earth change?". This inquiry looked at how natural features are changed and resources affected by natural events as well as human actions.

Ākonga in Koru were particularly focused on what we do that impacts the environement - both positive and negative actions. They used climate change as a context for their explorations.

Harakeke focused more on the negatiave impacts of pollution on the earth, animals and people. They also explored the positive impacts of recycling, and how we can live better in the world.

Students in Pōhutukawa continued to explore how the five earth systems crossover and work together to create envrionments that foster life. They also opted into workshops where they learned about the impacts of natural disasters and human actions on the earth's natural features and resources.

The space lady, also known as Beckie from Under the Stars, came to Amesbury School to run interactive workshops about the Solar System and Beyond. Our tamariki were highly engaged in the learning and they asked a lot of curious questions about space, which Beckie was able to answer. It was also fortuitous that the workshops coincided with the Blood Moon, and this was a hot topic of discussion.

This term we have continued to focus on visual arts with students exploring silhouette, modernism and printmaking. Through these sessions, students learned to use a variety of techniques to clearly communicate their message. They then used these techniques to create their amazing calendar art - Me in the Universe. They have all done such an amazing job.

Where to from here?

Next term students will choose a specific area of this inquiry to explore further. They will then work in groups to creat a visual representation that demonstrates their knowledge of this topic. This will be presented at our learning celebration in Week 4 next term.

Now that we have learned about the impact human actions have on the environment, the next step is to focus on how we can be best mitigate the negative impact of those actions and to create a sustainable future for our planet. We refer to this as being a kaitiaki, a guardian of our environment. 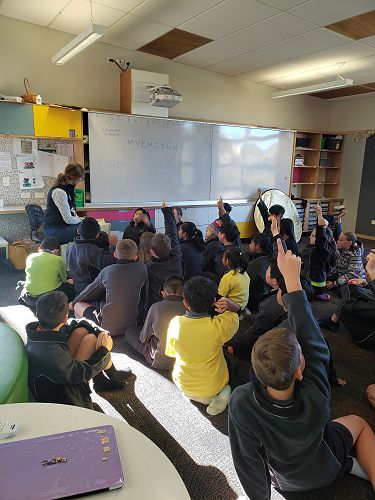 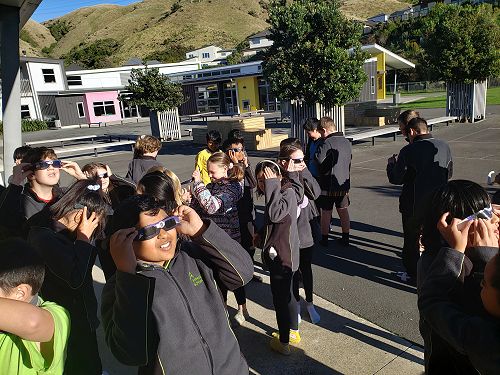 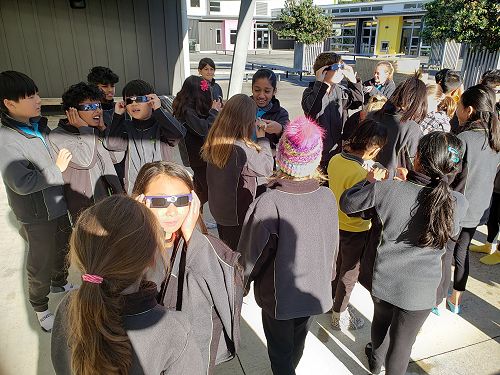 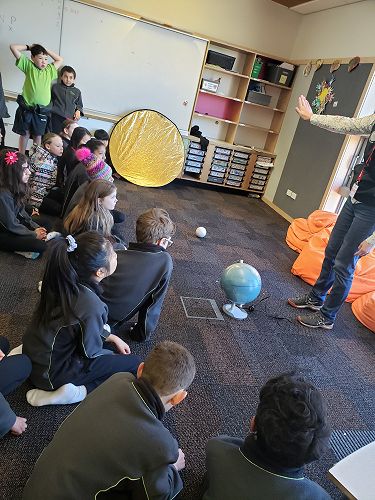 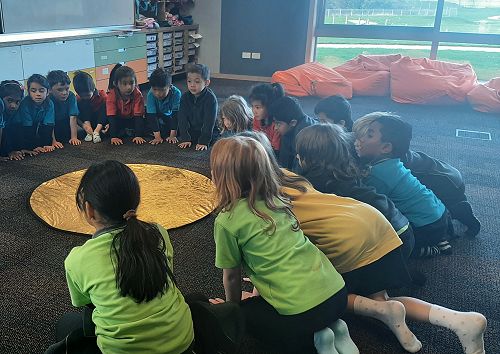 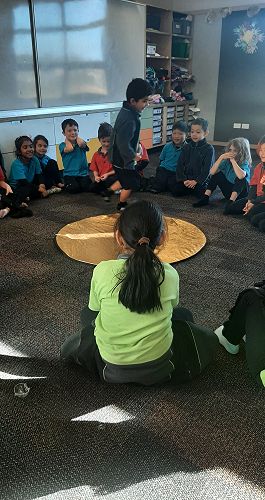 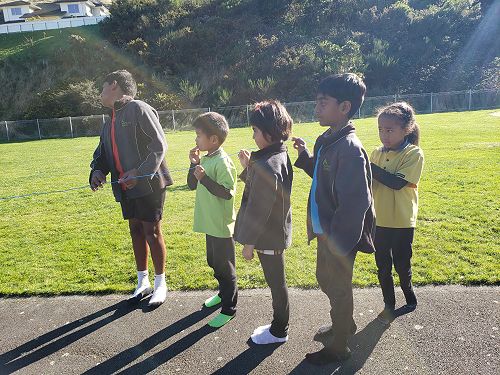 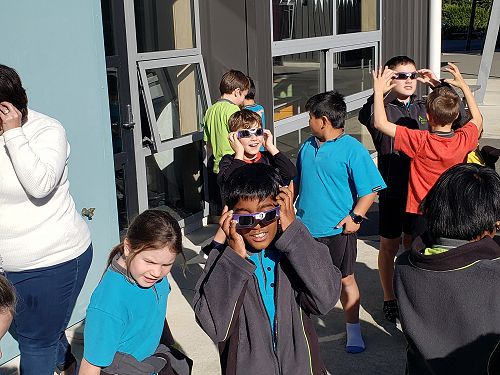 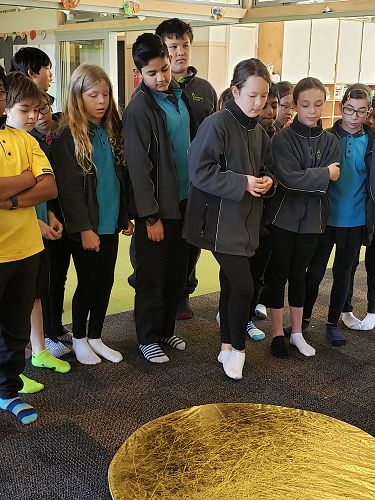 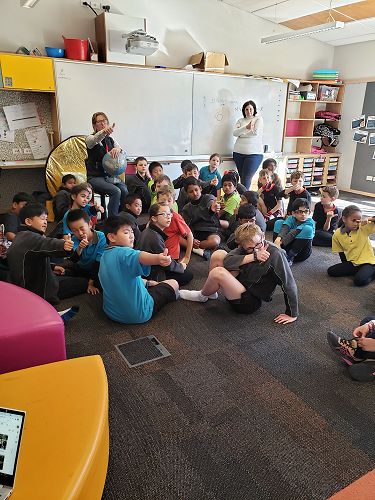 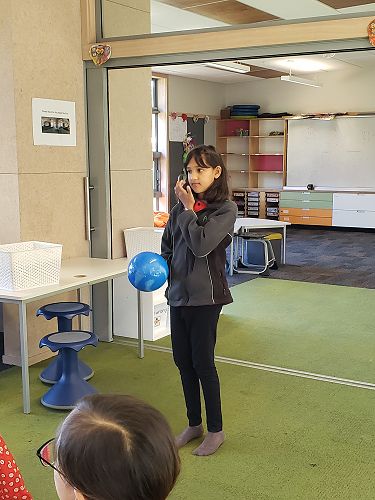 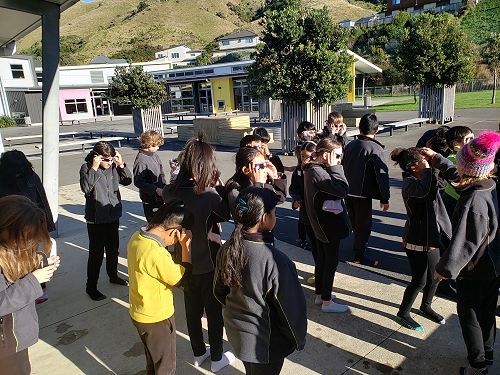 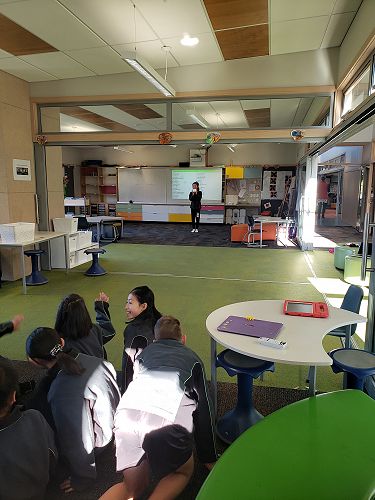 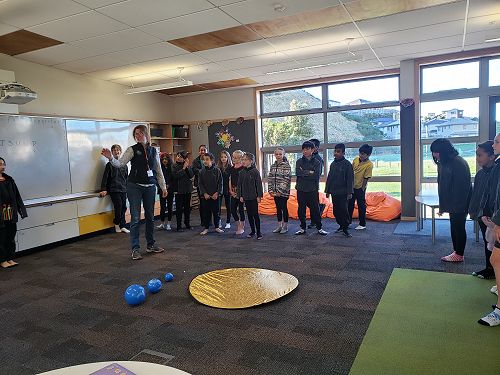