It has been really exciting seeing students so engaged in the first inquiry module of 2021 as they explored 'Who am I?', 'How do I live well in and for the world?' and 'How do I successfully work with others?'

In Term 1, we introduced whānau hauora time. This is a time when whānau groups meet together and explore aspects of hauora (well-being). During our module 1 inquiry, the focus of these sessions was developing a strong sense of who I am -  where I am from, my beliefs and values, my strengths and weaknesses, my triggers, my challenges, and how I use this knowledge to be the best version of myself. Students also used Maslow's Hierarchy of Needs and Te Whare Tapa Whā to identify what they need to maintain their hauora. One of the benefits of whānau hauora time has been the chance for whānau teachers to talk with and learn more about the ākonga (students) in their whānau.

The key focus for ourTime was successfully working in a rōpū (group). In Harakeke and Pōhutukawa, students began their ourTime project by creating a treaty that outlined how they would work together and how they would solve problems. They then assigned roles based on the strengths that each person brought to the team. Students in Koru also learned how to work in a group as they created their animal habitats. As you can imagine, it was not all plain sailing but with the support from kaiako (teachers), all groups completed their ourTime projects.

In Koru, ourTime focused on making animal habitats. As a group, students chose an animal and then decided on the materials that would be needed to make the habitat. They then spent several weeks working together to create these habitats.

The focus for ourTime in Harakeke was either celebrating or creating awareness for tamariki (children), te kura (the school) or the community. This included making posters to raise awareness of the need to protect birds, creating models of rubbish monsters and celebrating cultures.

During ourTime, students in Pōhutukawa created websites, posters, tv adverts and presentations to communicate about the topic they were interested in - people and places, nature, relationships, well-being and communities. From listening to these tamariki talk about their ourTime projects, it is clear they learned a lot about the topics they were researching, and they were excited to share this knowledge with others.

Our tamariki (children) absolutely love myTime. You have probably heard them excitedly talking about it at home. During myTime, students have the opportunity to explore their passion - sport, music, dance, coding, animals, construction, or whatever their interest is. Knowing your passions is an important aspect of knowing who you are, and so this was the focus for myTime in module 1.

If your child is in Koru, this is also known as 'discover', and if they are in Harakeke, this is known as 'explore'.

One of the areas we explored in our module 1 inquiry was that we all see the world through different lenses, depending on our backgrounds and experiences. To help students communicate this understanding, they created window art. Essentially, students were placed in groups of four, and each group was given a question (e.g. How do you celebrate birthdays?) or a word (e.g. Love). Ākonga then created their own artwork that communicated their message. These were stuck together like four window panes to show the different lenses with which we view the world.

Students were given the option of how they would communicate their message - pointillism, pop art or collage. In the weeks prior to completing their window art, students opted into one of these visual art mediums and learned different skills and techniques that would help them communicate their message more clearly. Each student also created a blurb. For Koru, this was done orally on Chatterpix; students in Harakeke and Pōhutukawa did this through writing.

Students in Koru began the first inquiry module by looking at where they had come from on a map. They were so excited to discover that other students in the hub were also born in the same country as them.

During whānau hauora time, each whānau created a bouquet of paper hands to represent the unique contributions of each student.

One of the highlights for students in Koru was creating the animal habitat for ourTime. One student, who created a habitat for mice, said that his favourite part was making the trees. Another highlight was the opportunity to learn about a topic they were passionate about. This included dinosaurs, frogs, other animals, space and fairytales.

Students in Harakeke thoroughly enjoyed creating their family trees. One student said that he liked making his family tree so that he could see where he had come from and who he looked like.

Another highlight for students in Harakeke was creating their ourTime project. They enjoyed opting into a topic that they were passionate about and then sharing their knowledge with others.

Students in Pōhutukawa also began the inquiry module by exploring where their whānau had come from. It was wonderful getting feedback from parents that tamariki were so engaged in asking questions about their family history.

One student in Pōhutukawa talked about liking ourTime because she got to work with people with whom she would not normally choose to work. Another student talked about being impacted by the quote "Courage is not the absence of fear but rather the judgement that something else is more important". He said that this made him think deeper about fear and what he was afraid of. This is a powerful lesson.

We covered so much in our first inquiry module and it is impossible to include everything in this article. If you would like to know more, use the information in this article to start a conversation with your child. 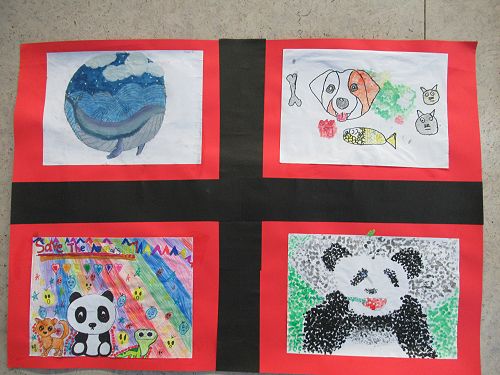 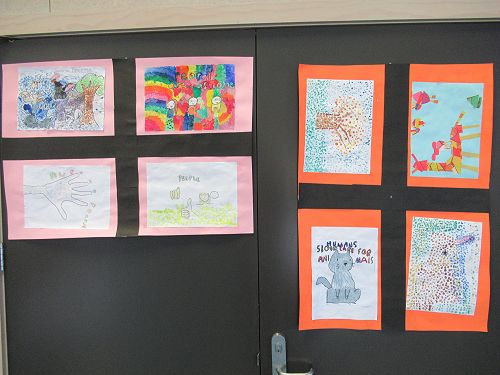 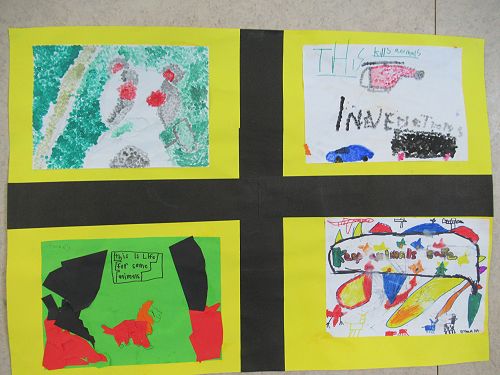 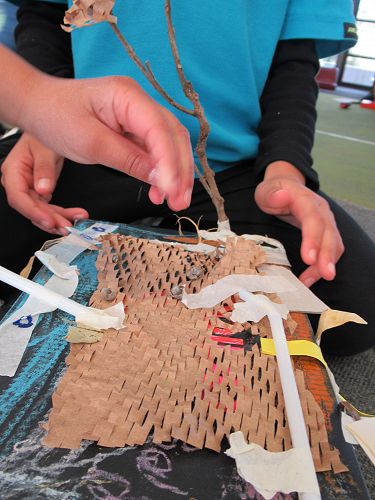 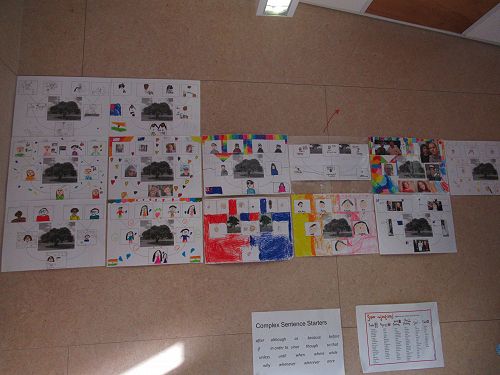 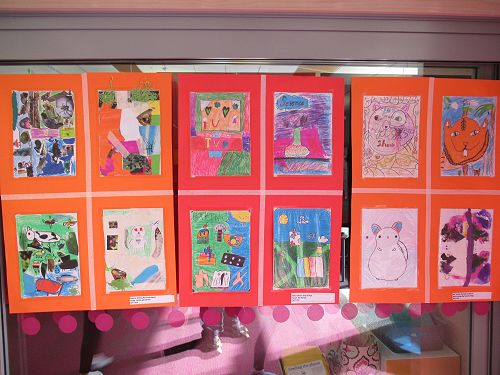 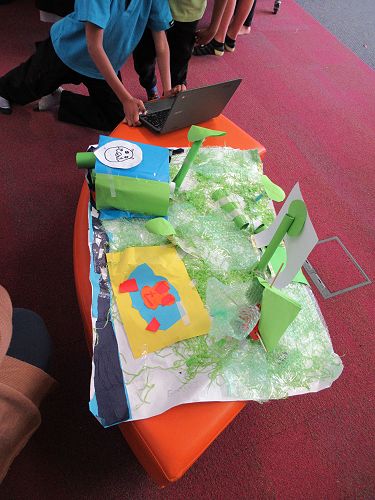 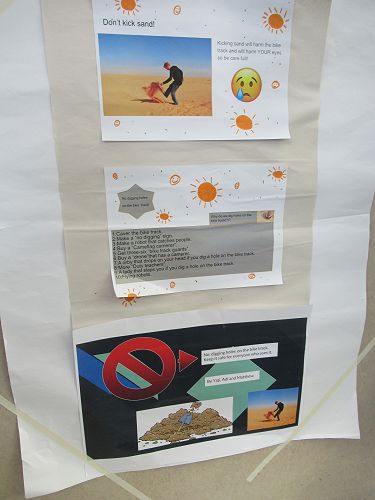 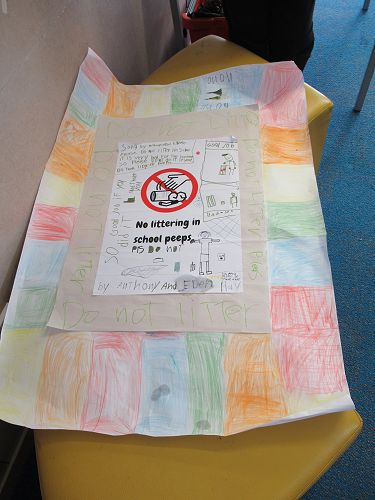 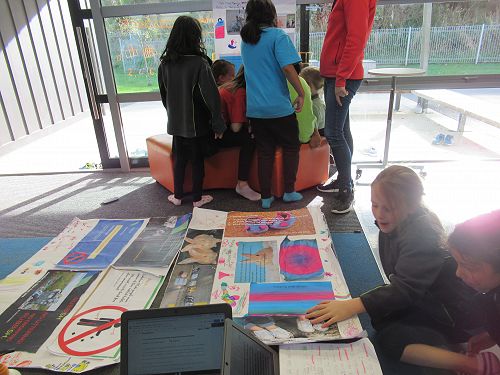 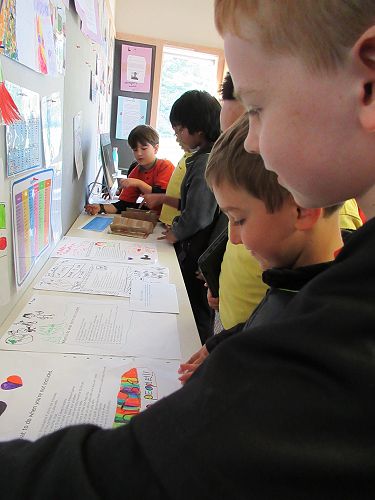 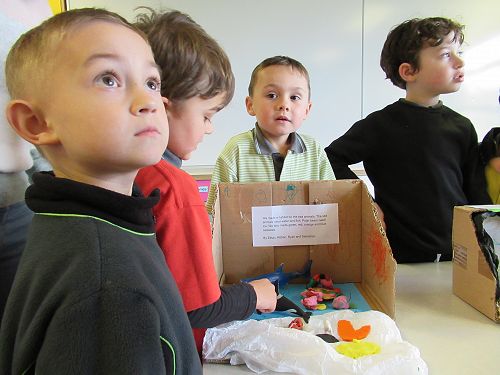 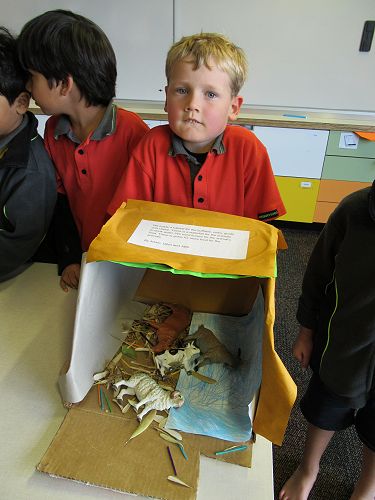 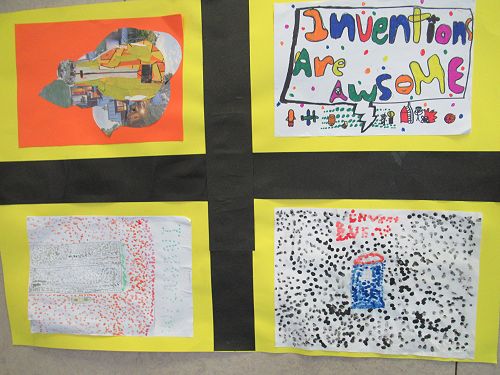